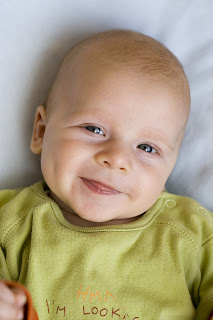 There it was, on Adam’s blog… he was going to be a DAD!

Much like others who are newly pregnant they struggled with how soon to tell. Immediately when you find out? 60 days? 90 days? Well, they finally spilled the beans, plural beans!! TWINS !!!!!

The joy multiplied for those of us who were bystanders. Adam and his wife have many many friends, families and have lived numerous places so their levels of people knowing them was broad.

Adam, the blogger, skirted the information highway with at times maybe more than his beloved wife would have wanted. Yet those of us who were experienced in such things, pregnancies and babies, were given a wonderful window into their new adventure.

With twins they MD wanted to see them a bit more often than with only one baby growing. So as those days and weeks moved forward Adam used his internet expertise for help. If he had to buy two of everything, WHICH TWO? Cribs, car seats, high chairs etc. The list of course was enormous. The more recent parents chimed in on his blogs as to which products they liked and why. Those of us who were many years past infants marveled at all the new and helpful things that had come onto the market. I have to say the video-baby-cam would be my personal favorite.

Adam blogged about videos he saw, diaper options, and had made up cute “public” names for each of their boys. Yes, they did decide to know their genders.

October 25th is a day that those who love and care for Adam and his wife will never forget. It is the day they lost both their boys. A quote from his blog. “Even as I type this post, it still feels unreal.”

I sobbed for them unable to fathom what this may be like; to this day what it *is* like.

What I found so amazing is that all those years of blogging had enabled Adam to still allow a window in their life as he was able. Not so often in the early weeks but often enough to hear some bits and pieces. Enough to know they had been surrounded by blood-family and church-family for as long as they might need.

Understanding from my own clinical training would be that Adam and his wife processed their losses differently and on different timelines. Adam respected his wife’s need for online privacy while continuing to write about his own thoughts and feelings.

I gasped when doing some of the research for this article and found that the horrible night I had first encountered Adam in our office, he had stood with a family and lovingly blessed their baby. How could he have ever projected someone would be offering that in return?

One of the most profound responses that many who have lost a child have to recon with is to the question, “Oh, how many children do you have???” Not everyone who asks that out of general interest is prepared to hear of the loss of a child, or multiples.

Well, the wonderful news first is that indeed Adam and his wife grew closer during their healing not farther apart. Unfortunately that can be the terrible fallout when a child [or children] has died.

In January 2011 I posted here on my blog a poem I wrote with Adam and his wife in mind.

Now less than 2 years later they have another son who is so amazingly cute he makes me giggle.

When asked the question as to how many children they have he replies, [from his blog] “I am a father of 3, 1 living.”

Adam still blogs and uploads photos as always. I am grateful to know Adam even if only afar these days and enjoying every photo he shares of their precious 3rd son.

From my vantage point Adam, who now is an ordained minister, was forever transformed in those days and the days since. His blogging such personal thoughts has given those around him the ability to get close to him rather than him seeming untouchable and perfect. Sometimes the suffering of others is understood better from having experienced our own.

Like some people I meet I say, "They have been to hell and back" and thats why they so appreciate the now. Indeed.