I wonder.. about Jack 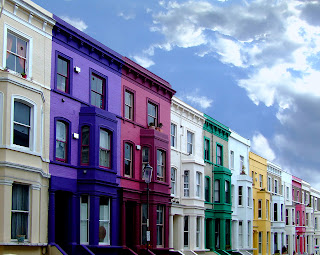 Stories for a child.

I was with an 8 year recently.  He watched television, played on his electronic handheld device and played chess on a tablet device as I observed his face. Much like I remember as a child, while reading, he looked like he was 100% engrossed in his activity.

What did I do when I was his age? Roller skating, are you old enough to remember the skate key? Jacks when the ball was the key to a good bounce. Marbles when you could win or lose your cats eye or possibly your shooter. At times I would catch a desert blue tail lizard and then let it go so it wouldn’t die. When I was bored I would take a volume of the encyclopedia and leaf through it looking for pictures and read the captions.

Back to the present, I was asked for a hug before bed. I asked him if he’d like me to tuck him in. He thought that was just fine so I followed him. He asked if I could also sing to him, a nightly duty of the tucker-in-er. I would have had I been able to think of a song! So instead I asked him if I could tell him a bedtime story. “Yes, yes, YES!” he said.

We began, little did he know it was to be a combine effort.

ME: Once there was a little boy whose name was Jack. He lived in a neighborhood with lots of houses. His house was different from all the others. The first thing was the color. His house was _____ ?

ME: Once there was a little boy whose name was Jack. He lived in a neighborhood with lots of houses. His house was different from all the others. The first thing was the color. His house was purple.

And there we went to Jack’s world. It turned out he had skylights where he saw the moon and stars in the shapes of a cow and a bull. There was an owl who hooted Jacks name and made him giggle. Jack had a good nights sleep and when he awoke the sun was out. Jack thought it was a beautiful day so he and his family were going to ______________.

“Why did you stop with the story?”, he asked. “What about the rest of the story?” I replied that we could add to the story whenever we were together.

One of my all time favorite movies is about a princess who is betrothed to marry a prince she does not love. The movie begins with a grandfather telling his grandson this story before bed.

I wonder what adventures Jack in our story will encounter. I’m hopeful we will have several more years to build this story.